One reason why browser-based exploits win over Antivirus

By YGN Ethical Hacker Group - April 07, 2012
As widely known, malware authors could make of SSL to bypass detection by proxy-based/host-based antivirus to deliver web-based malwares. Unlike HTTP, with the aid of anti-cache control header, malwares via HTTPS would never be saved to disk (which makes it undetected via on-access scanning mechanism by Antivirus softwares) and could be run directly from browser memory. 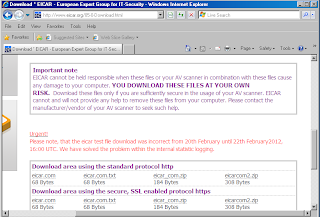 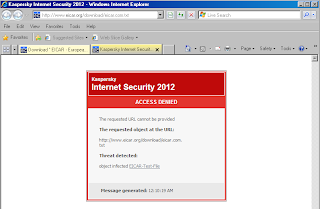 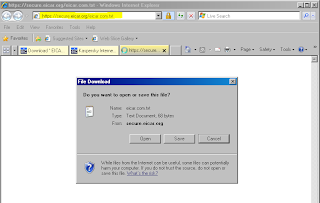 Popular posts from this blog

Update 2016/02: We were asked by a lot if this still works.  Shortly after our disclosure, this issue has been patched. ------ The Background - The Past Gaining access to  HttpOnly cookie  was first attempted by means of XST,  Cross Site Tracing  vulnerability. Soon after the popularity of XST, the TRACE method has been disabled by most web servers.  Later, browsers' implementation of XMLHttpRequest also blocked "TRACE" method (i.e.  xmlhttp.open('TRACE', url, true) ].  Later,  a flawed implementation in Firefox's  XMLHttpRequest which can be used to access set-cookie response header was fixed.   JS Debugger pointing out "TRACE" method as invalid arugment   JS Debugger pointing out "TRACE" method as illegal value A Sla.ckers.org forum member, LeverOne, posted ways to access HttpOnly cookie through the use of Java API and applet.  I reproduced his techniques. When the first method was tried, the Java Runtime did no
Read more

By YEHG - September 02, 2018
This framework is makes security simple to achieve.  Out of all non-default settings, the little following can be set to achieve higher security settings. Fortify session cookie security.  config/session.php 'secure' => true, 'expire_on_close' => true, 'http_only' => true, 'same_site' => "strict", Use env call to credentials. Do not use hard-coded values.  /config/database.php
Read more

By YGN Ethical Hacker Group - June 03, 2012
The Background We have been seeing authentication session ID appeared in URL Query String/REST URI and page body.  The use of session ID in Query String is to enable session tracking for web browsers which disable or do not support browser-based cookie mechanism.  This is commonly seen in Java web applications and cookieless mechanism in ASP.net web applications . From what we have seen so far, the session ID in page body is used as anti Cross Site Request Forgery token or anti-cache parameter though it is not very common. The Problem It should be noted that even though developers use the "HttpOnly" session cookie,  the above-mentioned  leakages of session ID in URL and page body nullify the effectiveness of "HttpOnly" flag.  This no doubt leads attackers to gain access to the HttpOnly session cookie via an Cross Site Scripting (XSS) vulnerability as JavaScript can read anything in the page body and URL information.
Read more